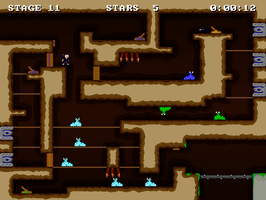 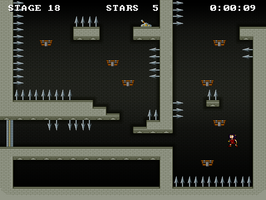 I'm happy today to release the first significant update to Caverns of Khron in quite a few years with version 1.4. Mostly, this update adds some graphical finishing touches that I've been thinking of working on since the game was released back in November 2012. This is likely the game in its final state (I was tempted to add another set of new levels, but I've decided to save that energy for all-new projects). If you've played through the game before, you're probably good, but if you haven't, now's the best time!

Classic platforming action that intensifies the deeper you go