A downloadable game for Windows

When a freak accident destabilizes the stabilizer, the control cubes go missing and Liz and Laz must work together to secure them! Laz transports into a hazardous landscape and relies on directions from Liz to keep him safe.

As Liz, you'll issue controls to Laz remotely. Liz uses a life-sized game controller to tell Laz to move, jump, and shoot. She jumps on buttons to guide Laz to the control cubes.

If you enjoyed this game, consider its cousins:

why did i have to jump to make every move?

Thank you so much!

Love this! Thanks for making it.

I have more music here if you need any for free. This is Alex McCulloch by the way.

Thanks so much! I'm glad you enjoyed the game--I really enjoyed your music! Much appreciate, and you can probably expect you'll be hearing yourself in my games again.

Just finished it! I guess I just skimmed through your description (in the forum) because the final level was a surprise to me. That stage was particularly well-laid-out. I wrote down just a few notes while I played through:

- The "Control Room" would be best if positioned completely out of the way whenever possible. I could see that this wouldn't have been possible in some stages, but in others, there seemed to be enough space that was otherwise unused. Was this a deliberate decision to minimize the distance from for the player's eyes from the control room to the walking character?

- Difficulty progression was very good. This is so important for puzzle games. You introduced each element in a relatively safe environment before challenging me with them.

- It would be nice to have a second set of jump/shoot buttons on the left side of the control pad.

- I wish the control pad had a slightly different coloured area indicating exactly where I need to be to make the other character stop.

- The artwork is clean and simple. It was immediately obvious what everything was before I interacted with it.

- The switch in stage 11 seemed rather pointless to me. Was there originally another set of switch blocks somewhere?

Thanks for your comments and your very valuable feedback! I’m glad you enjoyed the game. I like the idea of a set of buttons on the left side as well as the idea for differentiating the areas of the control pad. These may make it into an update or sequel.

Yes, I was hoping to minimize visual distance between the two player characters, but I totally hear what you’re saying. It’s something I’ll be thinking about.

To be honest, the switch in stage 11 is kind of a vestigial remnant of when that stage was earlier in the game and still introducing that mechanic. It could very well have been cut, but hopefully doesn’t slow the pace of the game too much.

Stage 11 switch:  That's what I suspected. Funny how you can get so used to something being a part of the stage that you don't realize when it's lost its purpose.

This is one of those kinds of games that you could easily come up with new twists for, kinda like BoxBoy. Good on you for not letting feature creep derail it. With that said, I'd definitely play a sequel with twice as many levels, especially  if you ironed out a few of the little kinks. 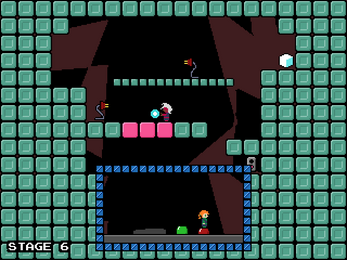 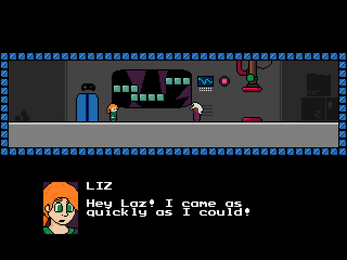 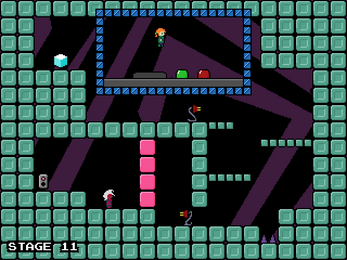 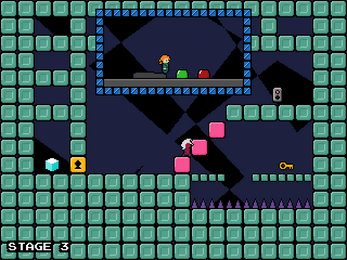