Yesterday, I received a package in the mail containing a dozen copies of my book Whatnot.

It of course wasn't a surprise, considering I'd ordered them. 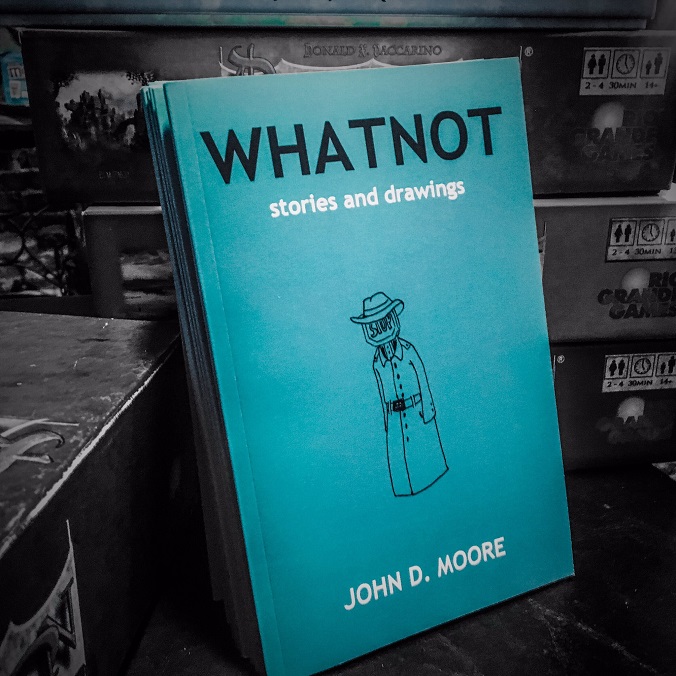 However! I have to say that it's very cool to have physical copies of the book. I've been making and distributing stuff on computers for a couple of decades now: stories, videos, games, etc.

But there's something about holding something you've made in your hand. Something that exists in the world. Entering a third dimension beyond the two of screens. It's literally a very small thing, but it's intensely satisfying, even if it's just self-published, to have my work given tactile existence and mass.

If you'd like to have a physical copy of Whatnot, you can order one from Amazon. But of course, I'd love it if you just got it digitally right here on itch.

Get Whatnot: Stories and Drawings

Whatnot: Stories and Drawings